Turkey cuts such as wings, legs, and breasts can be purchased at most food stores already cut and packaged. It can be more economical to purchase a whole turkey and cut it up at home. A utility grade turkey is a good option when selecting a turkey to cut up, ensure that you select one that is not pre-stuffed or has a pop-up timer built in.

The turkey should be well chilled or even not quite fully thawed, which will allow it to be cut up more easily because the tissue will still be somewhat stiff. A very sharp knife, preferably a 6” (15 cm) boning knife, is essential and heavy-duty kitchen shears are helpful to ensure proper results. These tools should be very carefully handled and used cautiously to avoid injury.

Before you begin, remove the plastic leg clamp if there is one. Remove the giblets and neck, which are usually found in the body cavity, in a little package. Use these along with other discarded parts (see below) to boil for soups and stock if desired.

Step One: Cutting the Wings from the Body 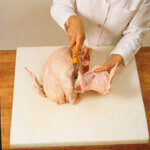 Lay the turkey on its back. Pull wing away from the body and pierce the skin with your knife. Keep pulling and cut through the joint while continuing to pull to release the wing from the body. Repeat on other side.If desired, the wing can be cut into 3 sections: the drummette which is the upper portion (cut through the elbow joint); the middle section and the wing tip (these can be separated at their joint or used as one piece). If the wing tip is removed, it doesn’t provide much meat but can be used for soup or stock. 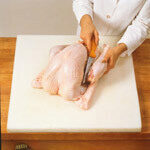 Next, take the leg off, by first breaking through the skin with your knife to reveal the joint. Pull the leg away from the body, pulling hard enough so that the socket pops out, and cut right between the joint to release the leg. Repeat on other side. 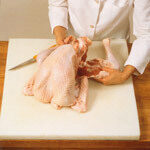 Now that you have removed the leg quarter, you can split the thigh from the drumstick, if desired. Feel along to find the joint (this will improve with practice), get the knife into the middle of the joint and cut through (this is a softer joint so the knife will have no trouble). 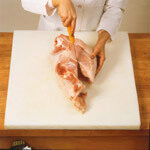 The breast can be removed as a whole or in halves. In order to remove the breast from the body cavity, cut along the rib cage from the tail end to the neck on both sides of the bird. Place the breast side down and cut along the breastbone through the bone and the meat, which will split the breast into two halves.

To remove the bones, cut along the edges of both the breastbone and wishbone, and then using swiping strokes, cut away the ribs. 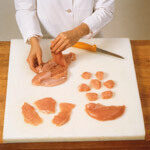 A boneless turkey breast can be cut across the grain to yield steaks that are ½-1” (1-2.5 cm) thick. The breast can also be cut across the grain to produce cutlets, which are thinner than steaks and cook much more quickly. The cutlets can be pounded to make them even thinner and to tenderize them (scallopini). Turkey tenderloins may be cut from each breast half. They are located on the inside of each half-breast next to the breastbone. The tenderloin is a long cylindrically shaped muscle that is easily removed from the rest of the breast meat. The tendon in the middle of the tenderloin should be removed before cooking. Pull on the end of the tendon while making swiping cuts along the meat attached to the length of the tendon.

Step Four: Using the Back

After removing the wings, legs, and breast, the remaining portion of the turkey carcass is the back. There is some meat and skin that can be removed and used in soups, stews and casseroles. The remaining bones and meat from the back can be used for stock. 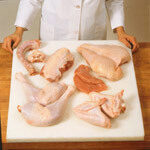 After you’ve cut your turkey into its various parts, you are left with many options for your family’s meals. Carefully wrap and freeze or refrigerate to use fresh cuts in the next two-three days. Visit our Recipe Section to find new and interesting ways to use your thighs, drumsticks, wings and breasts! 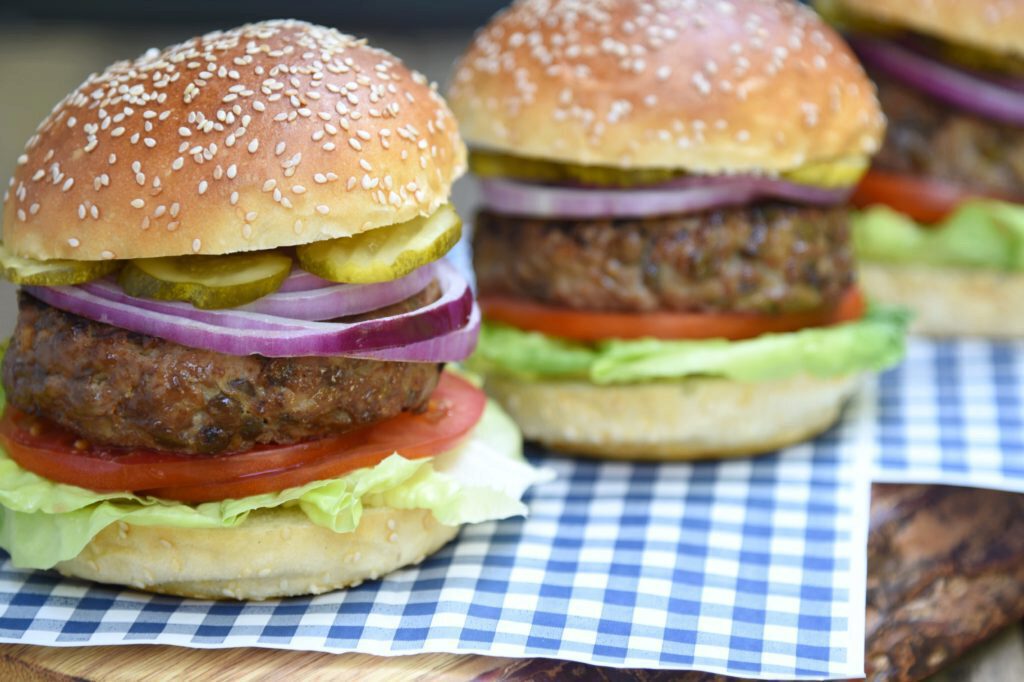 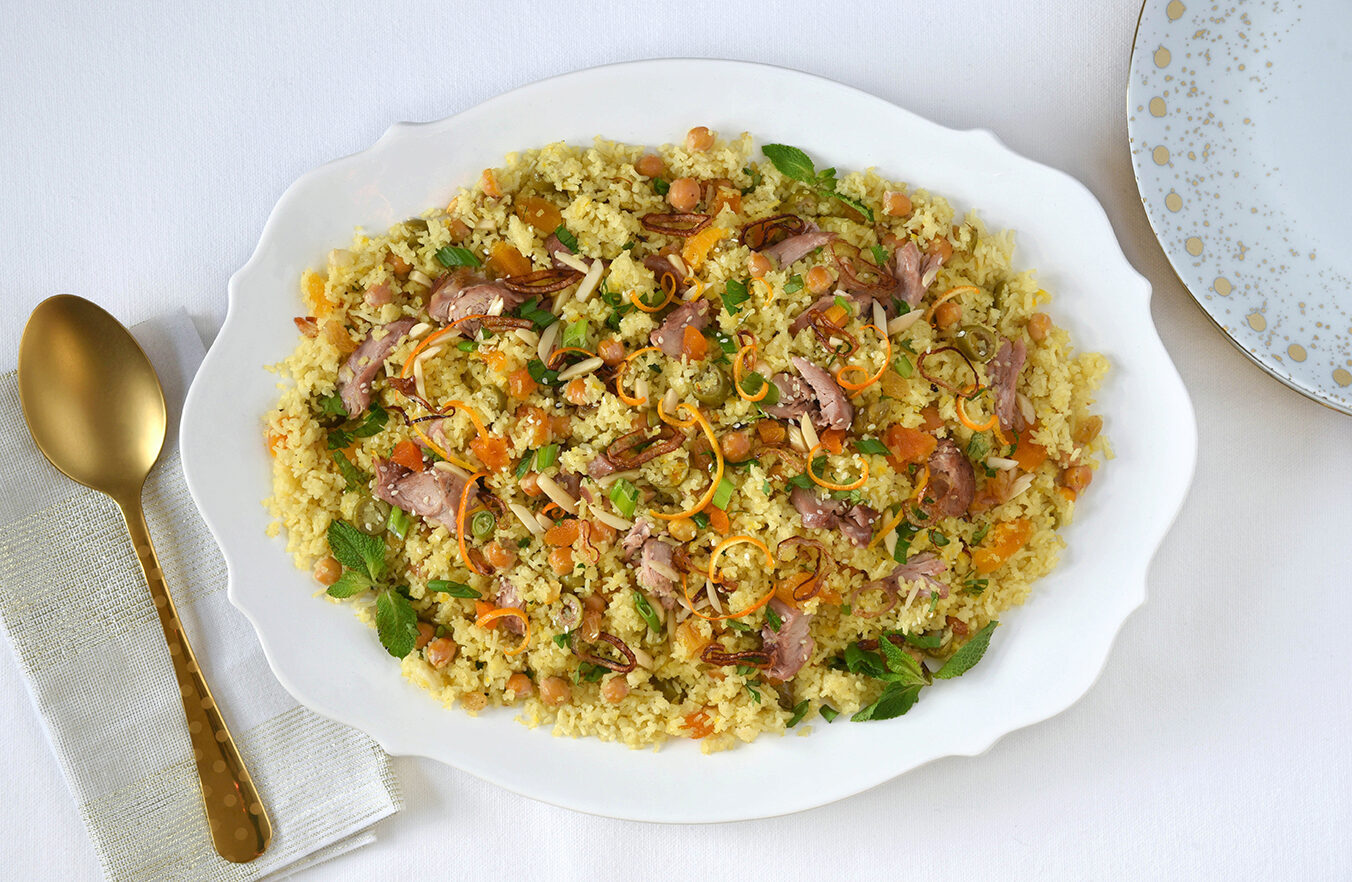 Get the latest tips and recipes
delivered to your inbox